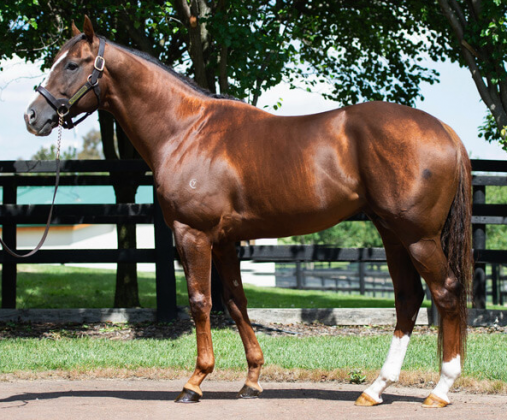 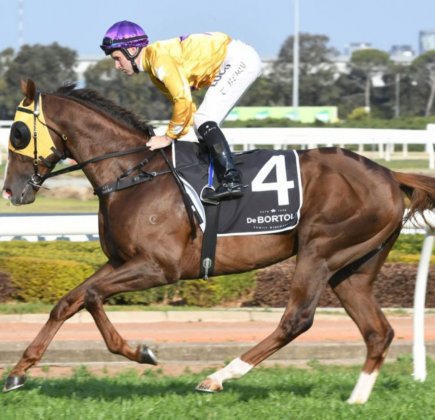 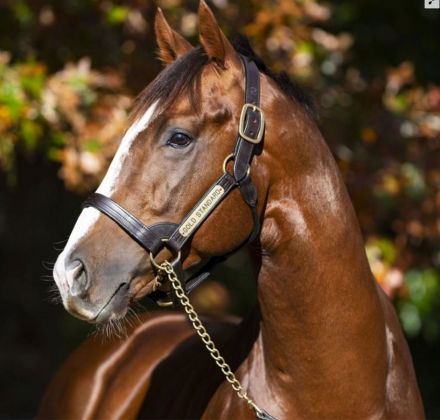 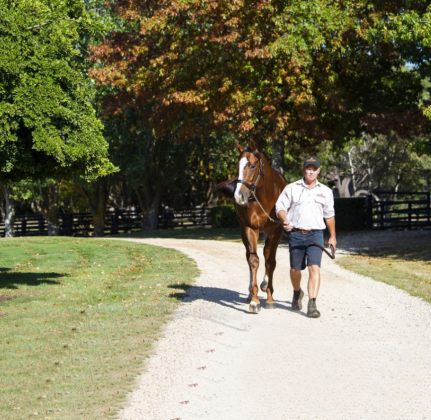 Dominating winner of the 1500m Stan Fox S. [G2] at Rosehill, defeating such Group 1 winners as Trapeze Artist, Ace High, and The Mission

Won or placed in his first four starts showing tactical speed and versatility; placed second to Group winner Addictive Nature on debut in his only start at two

Like other sons of Sebring: placed in the Golden Rose, just like Dissident; won the Stan Fox, Criterion was second; Group winner at three, Supido wasn’t a Group winner until five; the only son of Sebring standing in Victoria
Out of CONISTON GEM, a multiple Group-winning mare, who won 9 races and placed 3 times in her 14-start career

“Gold Standard is a very exciting colt. He is one of the most attractive-looking horses that will walk around the yard, but he is tough, he has speed and tenacity. He is a very special horse. He is a spitting image of Sebring.” — Gai Waterhouse, Champion Trainer

“The first time I laid eyes on him —the day he got off the truck at Widden— I was struck as to how much he was like his dad, both on type and mannerisms. It could have been Sebring, himself.” — Grant Burrill, Spendthrift Australia Farm Manager (former Assistant Farm Manager at Widden)

Look for Machiavellian (sire of Street Cry) as well; his dam is bred on a close 3 X 3 cross of her own grandam Almahmoud. Of the nine runners with a Sebring/Machiavellian combination six are black type performers.

Gold Standard is not one of those with Northern Dancer in the dam line – making him well and truly open to further strains with the most suitable branches being those of Nijinsky II, Danzig (especially Anabaa and Danehill including Choisir, Redoute’s Choice and Danzero), Nureyev, Lyphard, Last Tycoon and Encosta de Lago.

Strains of the latter are particularly desirable (he is out of a mare by Star Way who crosses extremely well with his relation Sir Tristram, grandsire of Gold Standard’s dam); Sebring siring four stakes winners out of his daughters – the key to this being Encosta de Lago’s grandam Rolls, also dam of Sebring’s dam sire Flying Spur. This is the great Fanfreluche family; one to which Sebring’s stakes winners Criterion (via her son L’Enjoleur) and Turbo Miss (descendant) are also line-bred.

Fanfreluche is one of a number of influential mares worthy of duplication, another being Sebring’s sixth dam Red Lace who is most easily found as the grandam of Baguette – grandsire of Rory’s Jester. Sebring’s 12.5% stakes winner to runner strike rate with mares carrying a Rory’s Jester strain must be noted!

La Troienne – ancestress of More Than Ready, Woodman and Buckpasser who all feature in More Than Ready (whilst Gold Standard’s dam carries a strain of her close relation Gabador) – has over and over proven her worth as a line-breeding subject and is a great influence in the success of Sebring who has sired stakes winners out of mares by her descendants Belong To Me and Don’t Say Halo as well as another line-bred to Woodman. He also boasts good strike rates with strains of Seattle Slew and Snippets; both who bring in further La Troienne.

My Babu and Turn-To, high class sons of the wonderful mare Lavendula II, both feature multiple times in Gold Standard and with this family (from which Alycidon in Sebring also hails) it is a case of the more the better. Look for strains of Marco Polo II, Sayani, Ambiorix, Agricola, Borealis, Acropolis and Irish River.

Last Tycoon has already been mentioned; mares by his fantastic grandson Written Tycoon are nice for Gold Standard – providing for a cross of the great local mare Oceana whose champion son Todman features close up in the pedigree of Gold Standard’s dam. She is also dam of Noholme II, Faringdon and Shifnal.

Strains of the immortal Secretariat are also desirable with Gold Standard’s dam bred on a 5 X 5 cross of his half-brother Sir Gaylord. Meanwhile it is worth noting that Sebring has fared well when another fine mare in Flower Bowl (dam of Danehill’s dam sire His Majesty) is duplicated – look for her in Graustark and Whiskey Road. And for her grandam Boudoir II in Crowned Prince and Majestic Prince.

Two of Sebring’s multiple Group One winners – Dissident and Egg Tart – are line-bred to the high class race and broodmare La Mirambule; dam of Nasram who features in More Than Ready and also in In The Purple who is most easily found in Military Plume, General Nediym and Nicconi.

Gold Standard’s dam is bred on a 7 X 6 cross of the Group 3 winning successful broodmare Motto via her son Mr Trouble and great grandson Namnan – making mares with a strain of Palace Music of interest with his grandam being Namnan’s stakes winning dam Come Hither Look.

We conclude with one of the great modern day line-breeding subjects, the Kentucky Oaks heroine Lalun – dam of Namnan’s sire Never Bend. He combines exceptionally well with his half-brother Bold Reason who is most easily found as the dam sire of Sadler’s Wells. 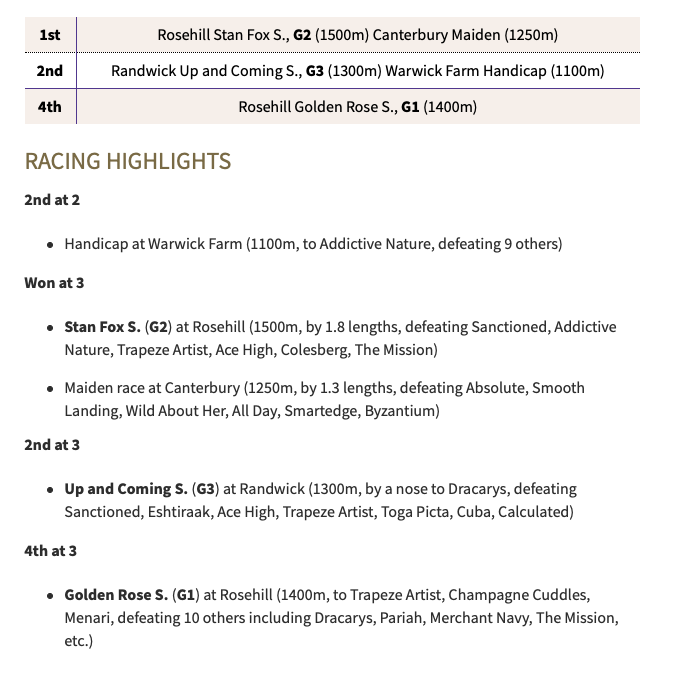