Multiple Stakes Winner By Standout 2yo Sire I Am Invincible 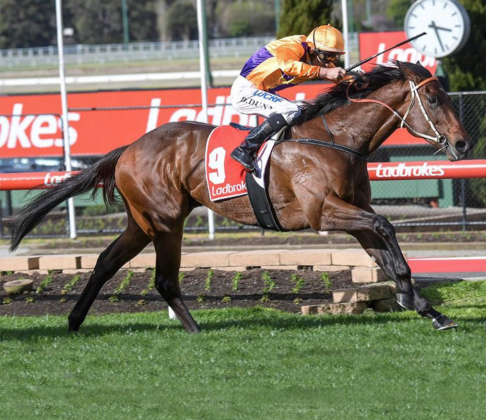 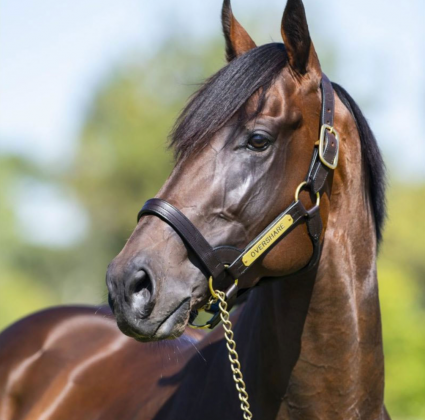 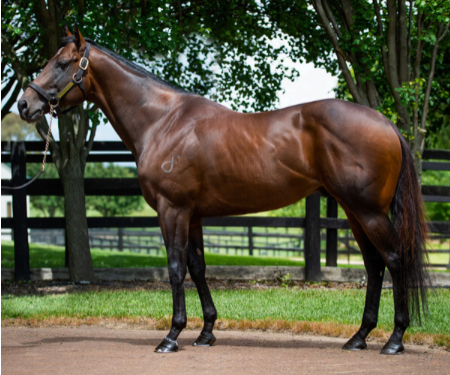 Best-bred son of I AM INVINCIBLE at stud

Out of a Group-placed REDOUTE’S CHOICE mare

Purchased by Spendthrift Australia for $320,000 at the Inglis Easter yearling sale.

“We are very excited to be standing Overshare because we feel that he has everything breeders want: he is a multiple stakes-winning sprinter, he’s by a champion sire and has a fantastic female family, and he’s a smashing individual.” — Garry Cuddy

“An amazing individual with speed and a temperament to die for. He ticks all the boxes for me.” — Dwayne Dunn, Champion Jockey

Overshare’s biggest success came in the Zeditave Stakes which is apt as mares boasting strains of that great sprinter are very nice options for him… noting that the combination of I Am Invincible and Zeditave boasts a 100% strike rate!

11 runners, all winners including Gr.1 sprinter Viddora and two other Group winners. Little wonder this works with I Am Invincible and Zeditave both descendants of the acclaimed matriarch Chelandry.

Also ancestress of I Am Invincible’s second dam sire Zoffany (and of Law Maker whose son Lawrence is I Am Invincible’s sixth dam sire), Chelandry pops up in the pedigrees of many of Overshare’s sire’s best progeny and with this in mind it is worth seeking strains of her descendants Never Say Die, High Chaparral, Pluck, Anabaa, Clarion, Dignitas, Knightly Manner, Gold Carat, Tudor Melody, Jet Spur, Alannon, Jetball, Marwina, Manihi, Bellotto, Forty Niner and Shadeed.

O’Lonhro mares are worth a mention as he is a grandson of I Am Invincible’s third dam Sister Pedrille; noting that this sort of close line-breeding has worked with Listed winner Sundance bred on a 3 X 3 cross of Countess Pedrille.

I Am Invincible has also fared extremely well with mares who boast Marchetta family strains and Overshare’s four strains of Turn-To and two of his close relation My Babu make him a nice prospect for further crosses of both as well as their relatives Alycidon, Agricola, Borealis, Acropolis, Irish River, Bustino, Imperial Prince, Klairon, Sayani, Marco Polo II and Cagire II.

Alycidon and Agricola feature close up in General Nediym who also has a fair bit in common with Canny Lad to whom Overshare is line-bred 3 X 4. Canny Lad has also combined very well with Encosta de Lago whose sire Fairy King is a full brother to Overshare’s second dam sire Sadler’s Wells.

Other strains of that family are good for Overshare – such as Nureyev, Thatching, Ridan and Northern Meteor (by Encosta de Lago). Nureyev is easily found as dam sire of Zabeel who is fantastic with I Am Invincible; an impressive 87.5% winners-to-runners strike rate and 15.6% stakes winners.

Canny Lad’s family is also nice to line-breed to, noting that his dam Jesmond Lass is the third dam of Sepoy; and there are still a few mares by Jesmond Lass’ grandson Untouchable about.

Overshare’s grandsire Invincible Spirit is a descendant of the influential Mowerina, also ancestress of Danzig (to whom Overshare is line-bred 4 X 4), Rockefella (to whom Invincible Spirit’s dam is line-bred 4 X4) and Bletchingly (sire of Canny Lad)… so she is a strong influence. Other strains of this family are not easily found but it does make an appearance in Galileo (his third dam sire Espresso). I Am Invincible has had only three runners out of Galileo mares; two of whom are winners including the Gr.2 galloper Invincibella.

Overshare’s dam sire Redoute’s Choice is of course a powerful force in any pedigree and it is always worth tapping into the influence of his family; his fourth dam Best In Show being one of the great modern day line-breeding subjects… most easily found via strains of Last Tycoon (whose sire Try My Best is Best In Show’s grandson) of which there is plenty in Victoria.

Any stallions with Danehill and Northern Dancer – both descendants of the wonderful mare Almahmoud – mix well with other membres of the family; such as Halo and Machiavellian (sire of Street Cry). 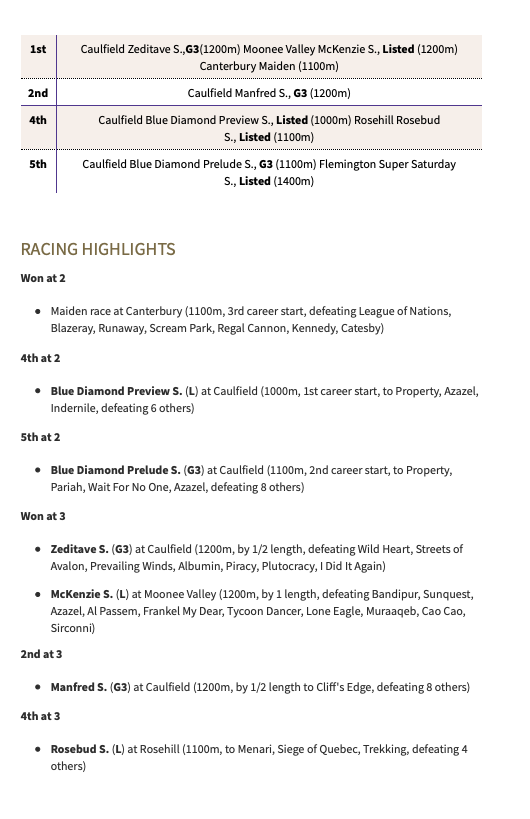