Multiple G1 Winner And Undefeated 2yo 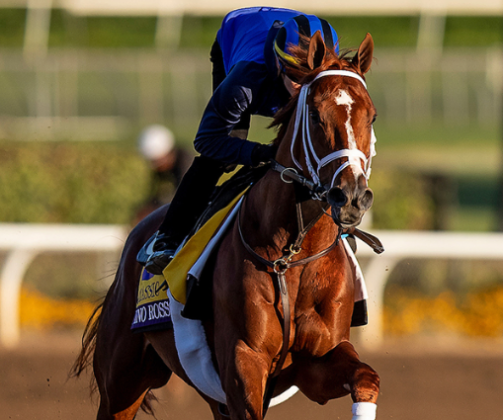 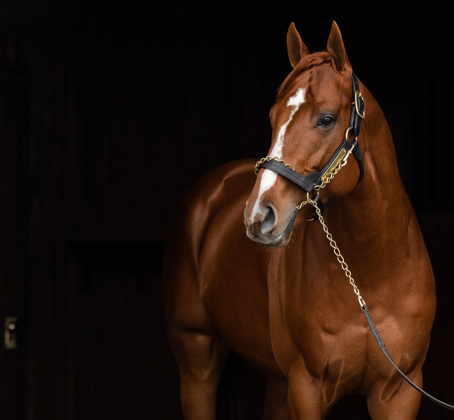 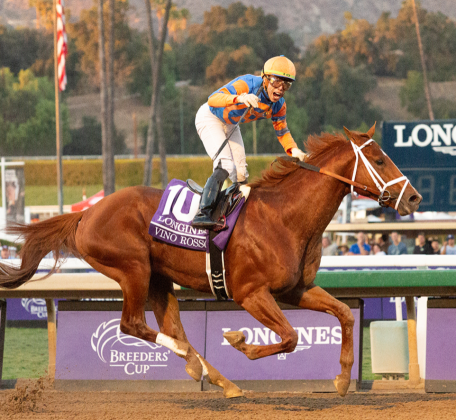 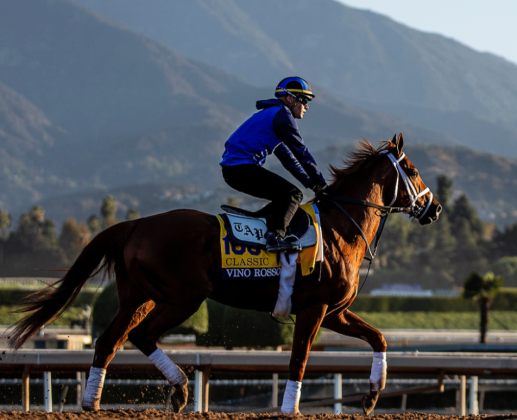 Earned $4,803,125 – the most accomplished horse ever by leading sire Curlin

“He’s spectacular looking and about as well-bred a horse as there is. He and Justify were our best yearlings (in 2016).”–John Gunther, 2018 Eclipse Award Winner for Outstanding Breeder

“I think he’s got a big future. He’s a very good-looking horse. He was able to win at 2, 3 and 4 and is a classy type of horse which is what the people are looking for. He has a great disposition, he’s healthy and sound and has all the attributes you look for in a stallion.”–Todd Pletcher, Hall of Fame Trainer

A multiple G1-winning millionaire, Vino Rosso has been among the leaders of his generation for two straight seasons. He is by two-time Horse of the Year Curlin, now an outstanding sire, and promising sire of sires, out of a Street Cry mare from a family full of black type.

From the Northern Dancer line, Curlin had developed a particularly strong affinity for mares from the Storm Cat line, this cross producing 13 of his stakes winners. In addition to daughters of Storm Cat himself, this including stakes winners out of mares by Giant’s Causeway (whose son, Shamardal would be particularly interesting here, and who is also represented by such as Creative Cause, Eskendereya, First Samurai and Frost Giant), Hennessy (sire of Johannesburg, Henny Hughes and Cactus Ridge; grandsire of Scat Daddy), Tale of the Cat (sire of Gio Ponti and Lion Heart; grandsire of Kantharos), Stormy Atlantic and Stormin Fever. Daughters of Bernstein, Bluegrass Cat, Cat Thief, Discreet Cat, Forest Wildcat, Forestry, Freud (brother to Giant’s Causeway), Harlan (sire of Harlan’s Holiday and Menifee; grandsire of Into Mischief), Pure Prize and Yankee Gentleman are among other Storm Cat sources that could be considered.

Curlin is out of a Deputy Minister mare and has enjoyed exceptional success with inbreeding to that strain. Vino Rosso has a double of Deputy Minister, but that strain will be in the fourth and fifth generation of his foals, making crossing back over Deputy Minister line mares a possibility. Among likely sources are Awesome Again (sire of Ghostzapper, Daheer, Toccet, Awesome of Course and Awesome Patriot), Dehere (whose son, Graeme Hall, is broodmare sire of Curlin G1 winner Curalina), Silver Deputy (sire of Archers Bay, Badge of Silver, Spring at Last and Posse), Forest Camp and French Deputy.

Curlin already has two stakes winners, including G1 winner Collect, out of mares by Holy Bull, and he is sire of Macho Uno, Flashy Bull, Woke Up Dreamin and Giacomo. The cross with mares from the Roberto line has provided Curlin with graded winners by Dynaformer (sire of Temple City, Point of Entry and Purim) and Red Ransom. 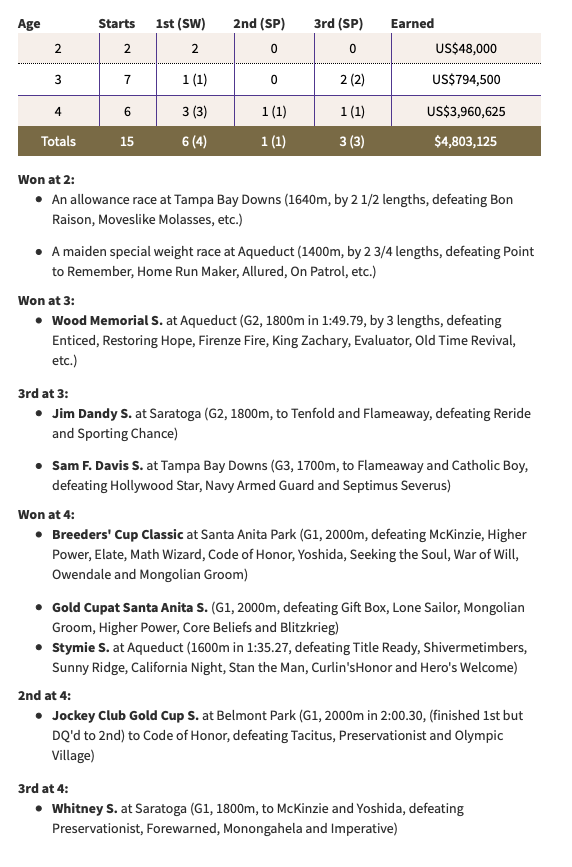