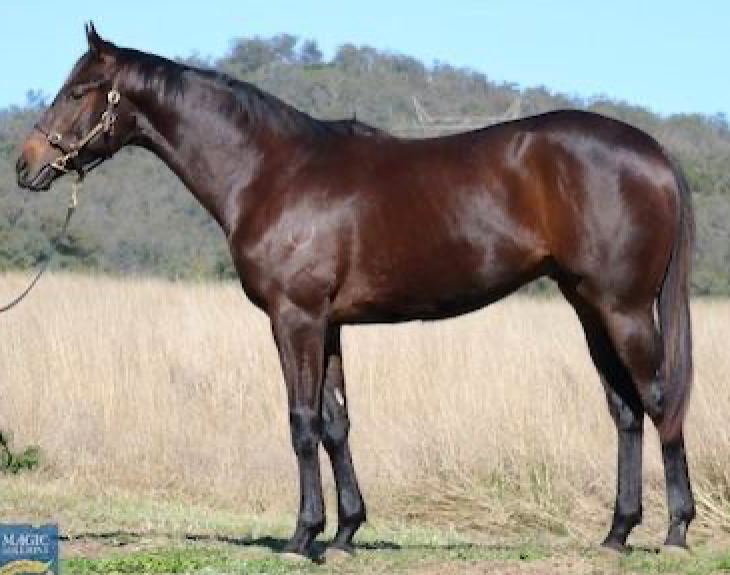 A lovely, athletic colt with plenty of strength. He’s a nice walker and comes with a great pedigree. He is by the American sire, Air Force Blue.

Air Force Blue was the champion two year old colt in Europe in 2015, winning three Group 1 races and he is currently standing at Coolmore Stud in the Hunter Valley, with a service fee of $15,000.

This colt is out of the Pentire mare, La Grande Fille and is closely related to the very talented mare, Camena. His pedigree possesses both speed and stamina.