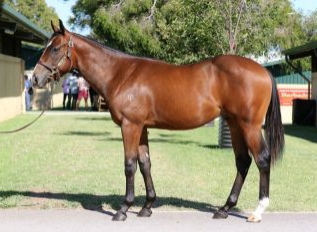 Lot 11 is a strong, nugetty son of European sire sensation Cable Bay (whose progeny averaged 100K at the Melbourne Premier sale) out of an unraced Exceed and Excel mare, the daughter of a Group 1 winner.  A silky smooth walker with a very powerful rump, it’s speed all the way with this guy, whose half brother sold last year for 110K.  With the Adelaide sale hit hard by the corona-uncertainty (and some buyers still stuck in traffic) we absolutely stole him for just 10K.

*With the resumption of British racing after the covid hiatus Cable Bay’s progeny leapt straight into the winners circle, including Haydock Listed winner Liberty Beach.*