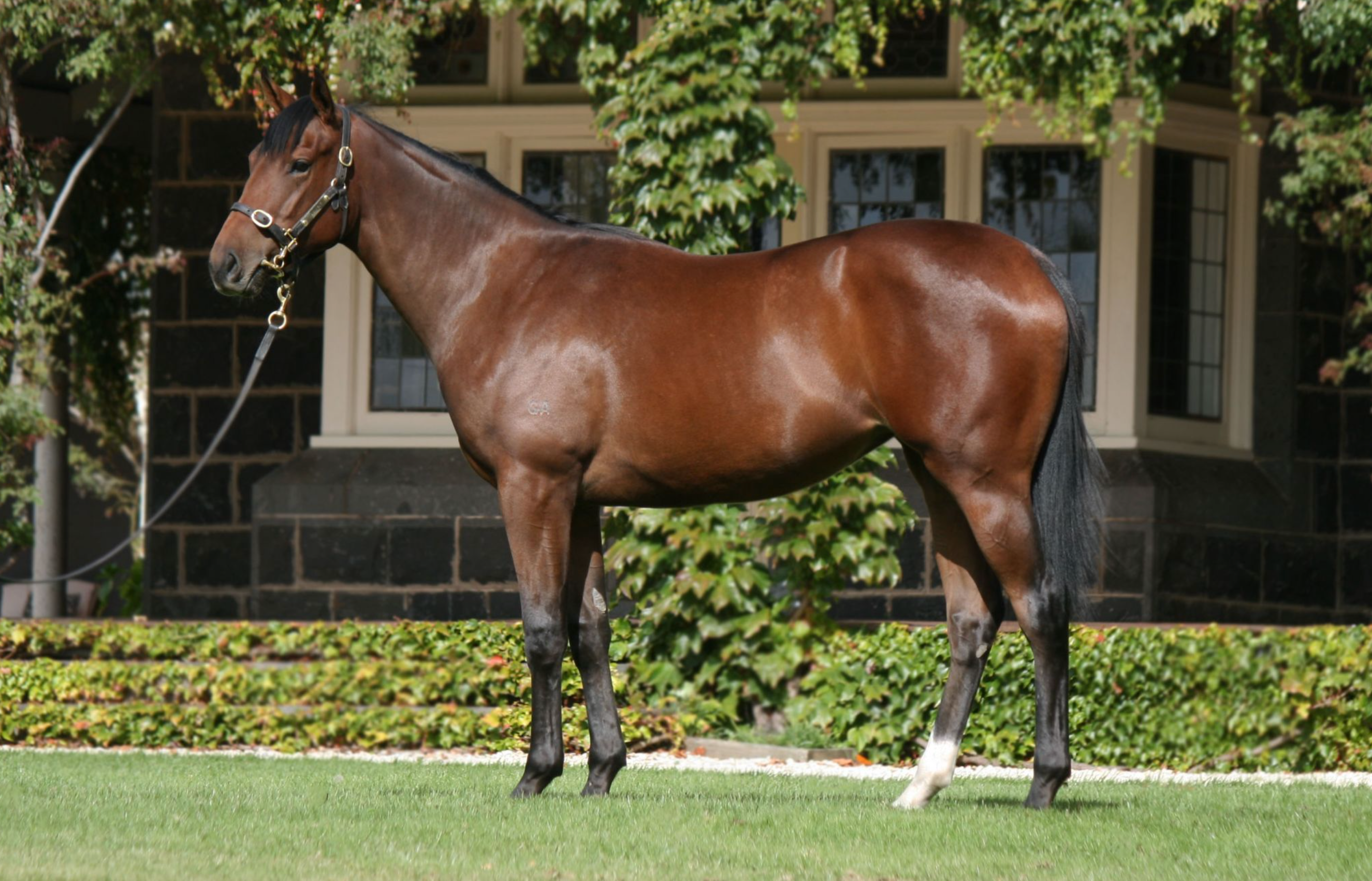 ‘I AM THRILLED I COULD GET MY HANDS ON ONE OF THE LAST REDOUTE’S CHOICES.’ This filly oozes quality, class and athleticism and offers plenty of residual value as a daughter of sadly deceased but leading broodmare sire Redoute’s Choice (and as one of only two fillies on offer at the Easter Sales).

Redoute’s Choice was a multiple G1 winner at two and three and Champion 3yo Miler in Australia. He went on to be three times Champion sire in Australia producing 178 Stakes winners and his influence lives on in his daughters (responsible for 15 domestic Stakes winners and $19.1m prizemoney this season alone) and sire sons, most notably Not A Single Doubt and Snitzel. Our memories do not have to be long to recall his latest G1 winners: The Autumn Sun (born in 2015, when Redoute’s was 19), Alabama Express, Celebrity Queen and Loire (2016 crop) as well as King’s Legacy (2017 crop).

The dam, Amanpour (by Northern Meteor), was a G1 winner herself and a sibling to a further three Group/Listed horses. This filly features a beautiful page and plenty of residual value, even more so at a price of $350,000.