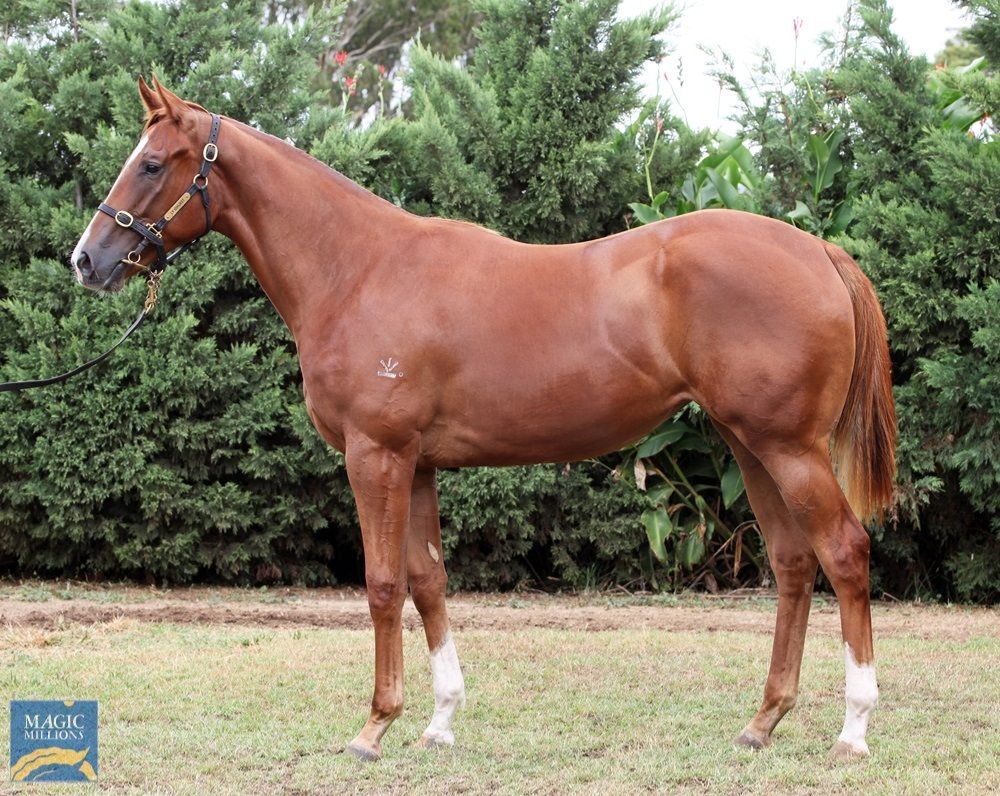 John Symons has purchased in his opinion the filly of the March Yearling Sale, this fabulous young lady who owned the stage when she went through the ring as Lot 163.

The auctioneer commentated that she was standing there like “The Queen!”

She is by champion 2yo The Mission, who was an outstanding juvenile and Co-Champion 2YO in Australia in 2016-17. An extremely precocious son of Choisir, The Mission debuted in the Listed Breeders’ Plate before rounding out his 2YO season with victory in the Group One Champagne Stakes – beating none other than the Co-Champion 2YO, and Group One Sires’ Produce Stakes winner Invader.

She is Magic Millions and QTIS paid up and eligible, and these bonuses are a very lucrative proposition for well placed horses.

She is also fully insured for the next 12 months.