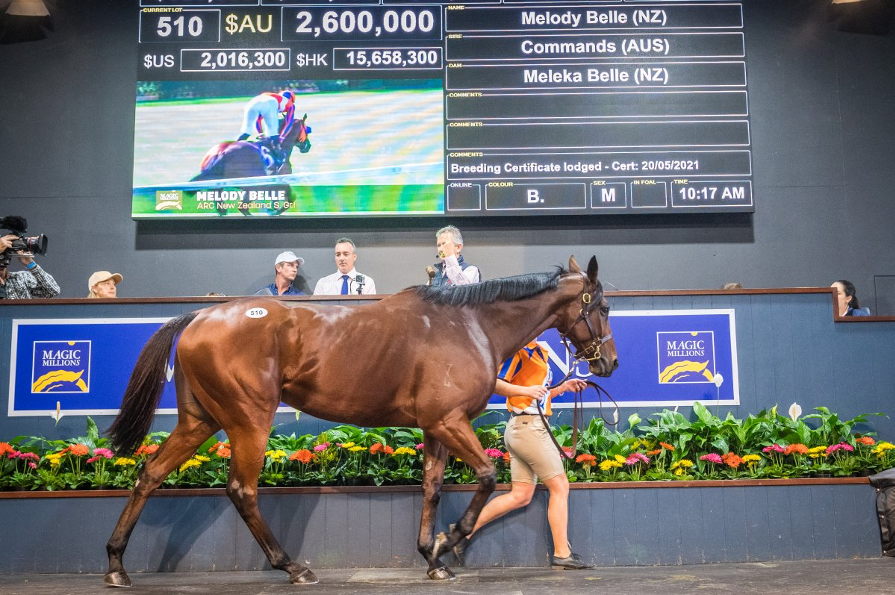 Some big numbers were getting posted a few weeks ago at the Gold Coast National Broodmare sale, with some exceptional lots going under the hammer. The likes of Melody Belle who herself is a 14 time G1 winner who was the highest lot selling for $2.6 Million.

17 other lots sold for 7 figures which shows the competitiveness of the breeding industry in Australia at the moment. Coolmore and Rosemont stud were some of the big buyers, with the latter combining for 10 lots at a value of $9.675 Million.

This puts the same day up 59 per cent from last year and an amazing 100 from the previous year.