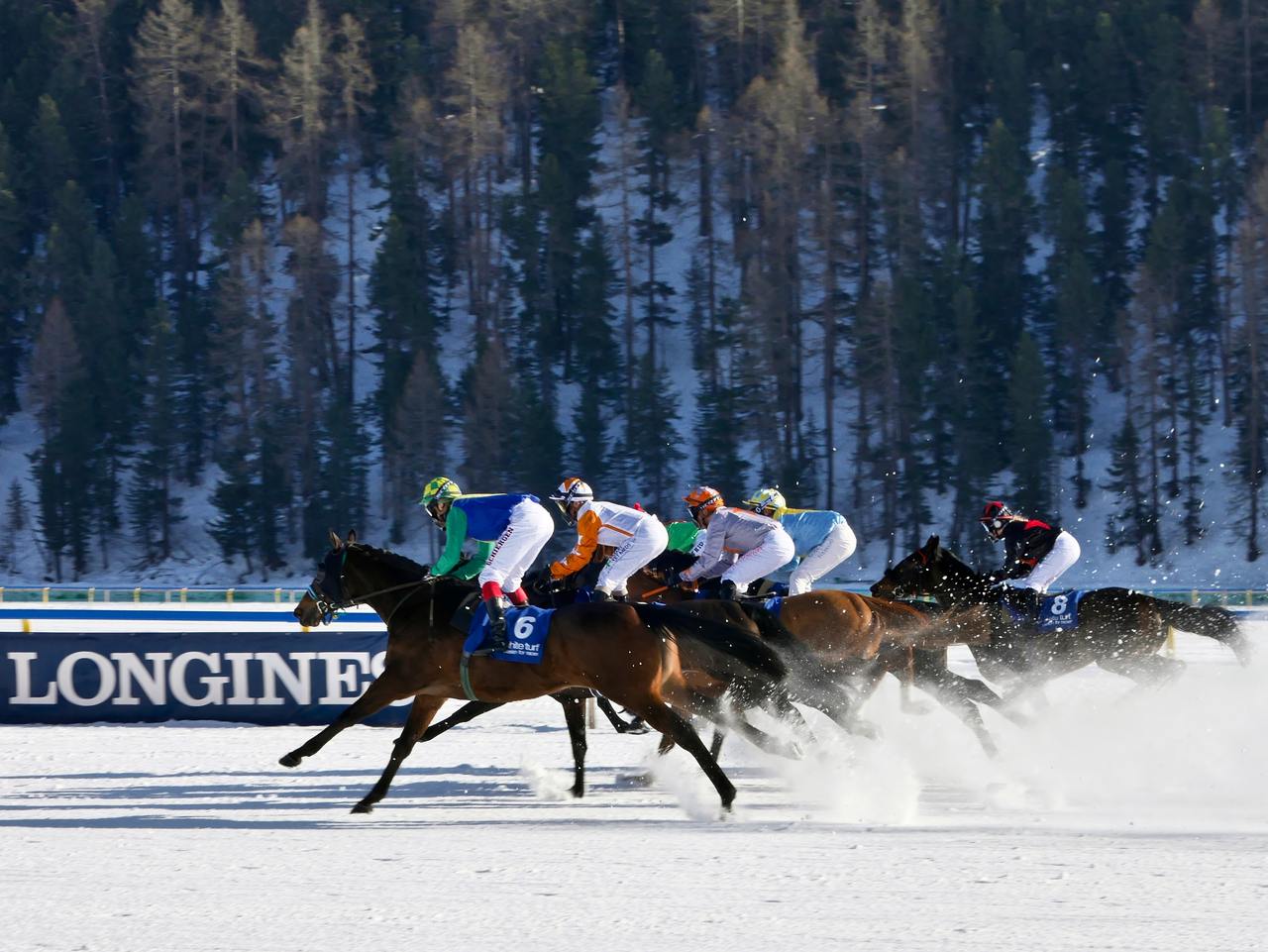 Every February, a frozen lake in St Moritz becomes the world’s only racecourse on snow, attended by 300,000 fur-clad spectators. White Turf international racing festival is the coldest horse racing festival on earth yet the Swiss have been doing every February since 1906 like clockwork. The jockeys, owners and trainers come from all over the world, not only attracted by over £300,000 of prize money, but also by the uniqueness of the event.

As well as conventional flat racing, there’s harness racing with the horses pulling a ski mounted buggy, and skijoring, where riders on skis are pulled by unsaddled thoroughbreds And all this against a backdrop of the magnificent Engadine mountains. Hurtling past at 50km/h, it’s hard not to be impressed with their sheer daring. Physical fitness and strength, to say nothing of skiing skills are crucial, but it’s just a crazy way of passing your Sunday.