Logan really likes the Overshare filly, and both he and Lenny believe with her successful family history, there is no doubt she will be able to gallop. Her breeder, David Phipps, has decided to stay in a significant share of her and has donated a 10% share to the National jockeys Trust with all prize money going to the trust. View Listing Here 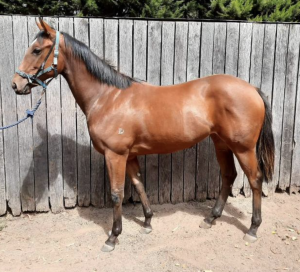 The colt is by international Group 1 winning miler in France, Vadamos, who won 8 times between 1600m and 2400m, including running fourth to Winx in the 2016 W.S Cox Plate. Vadamos himself is by sire of sires, Monsun, who has been a breed shaper in the Northern Hemisphere, and Vadamos’ offspring are already showing great promise as 2YO’s. View Listing Here 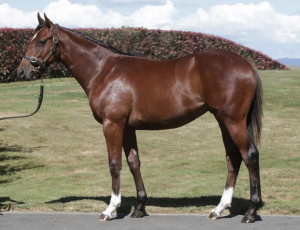 The sire, five time G1 winner DISSIDENT was crowned 2015 Horse of the Year, Champion Sprinter and Older Horse in Australia thanks to his exceptional year as a 4YO where he won four G1s including the CF Orr Stakes, All Aged Stakes, Makybe Diva Stakes and the Memsie Stakes. Throughout his 21-start career, Dissident had 7 wins with a further 8 placings, all at stakes level. He was brilliant as a 2YO winning the L. Blue Diamond Preview on debut, top class as a 3YO winning the G1 Randwick Guineas but it was in his 4YO year where he really starred and was probably the best 1400m WFA sprinter in the country. View Listing Here 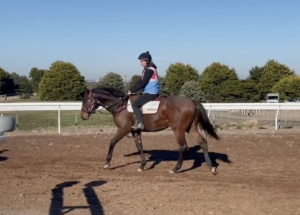