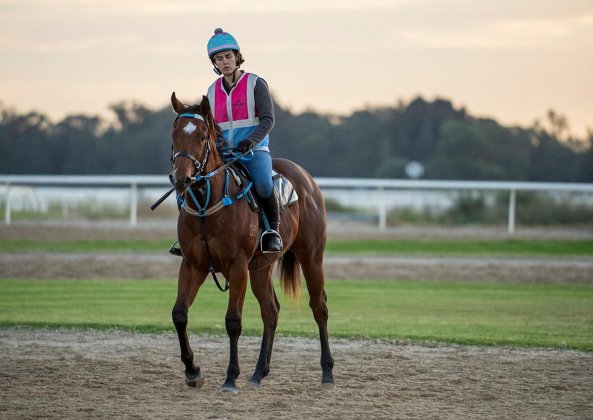 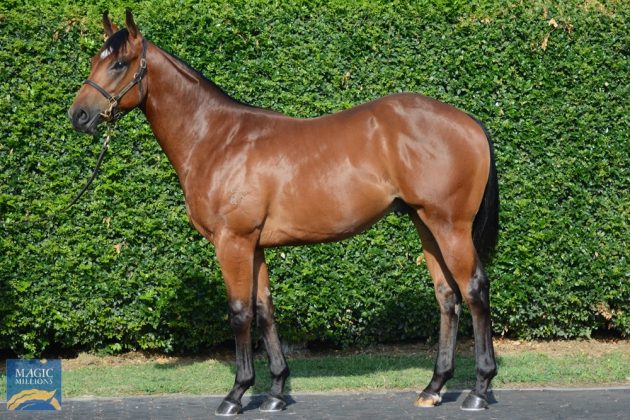 This colt has A+ everything in his stable preparations since day one and is why he is now on the Magic Millions stable program. Bred on the same I Am Invincible/Show A Heart cross as last year’s Gr.3 Black Opal Stakes winner Barbaric and the Flemington winner Invincible Heart, this colt is out of the lightly raced winner Rose Of Traveston whose sire is the wonderful sprinter/miler Show A Heart. A four times Gr.1 winner of the Caulfield Guineas, the Stradbroke Handicap, the TJ Smith Classic and the Toorak Handicap!

This is a high class international family, one whose members also include the Gr.1 gallopers Lyphard (Champion Sire of 115 stakes winners), Seeking The Pearl, Nobiliary, No Review, Another Review, Urbane, Johnstown and Omaha. Both the sire and dam of this eye-catching colt carry Bletchingly and Danzig strains which is of great interest as both of those stallions hail from the same female line that produced Hellbent’s prolific grandsire Invincible Spirit. These crosses are supported by background duplications of the influential mares Lavendula II, Marchetta, Feola, Aloe, Mumtaz Begum, Lady Josephine, Frizette, Pretty Polly and Admiration.

This colt will be trained by Ciaron Maher & David Eustace at Warwick Farm in Sydney!