Matinee Is A Daughter Of Golden Slipper Winner Flying Spur 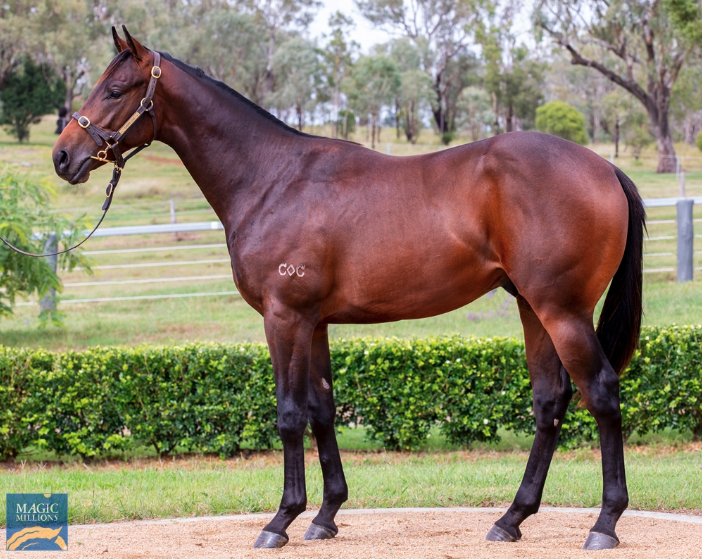 Adrenaline Thoroughbreds offer an opportunity to buy into an athletic son of Spirit of Boom who was always seen as one of the nicer colts by Eureka Stud who bred him. He’s a very well put together horse who was born at the later end of the season and has a lot of development to come.

Spirit of Boom is the sire of our own Prince of Boom who seems to have untapped potential, and of recent Gr. 1 winner Jonker. As a sire, he is tracking like champion sires Written Tycoon and I Am Invincible, with the ability to produce quality horses from lower grade mares. This trait allowed the latter pair to capitalise and become champion sires when paired with better bred and performed mares. The writing is on the wall for Spirit of Boom to make it to the very top level and we think that it will be mares with families like Matinee that will help take him there.

Matinee is a daughter of Golden Slipper winner and Champion sire, Flying Spur, who showed very good ability on the track – the stable thought enough of her to compete at group level in Sydney. She’s a half-sister to Group 2 winner Staging who went on to produce Gr. 1 winning stallions Duporth and Excites, along with Gr.2 winner Tickets, and is also the dam of South African Champion 2yo Delago Deluxe. It’s a high quality family!

Bred at the Eureka Stud, who have produced top class horses on the Australian tracks for generations with the likes of Pippie, Spirit of Boom, Temple of Boom, Apache Chase, Finance Tycoon and Tinto all recent stars born and raised on their famous blacksoil country on the Darling Downs.

Nominated for the rich QTIS and Magic Millions bonus schemes.
On-goings charged at $190 fixed monthly fees – No surprises!
Cost is $3,700 for 5% including all costs up to 30th of June 2022.