The Horse of a Lifetime! 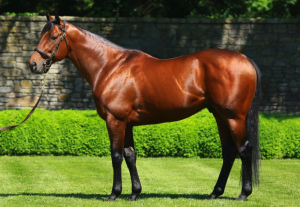 The first US Triple Crown winner in 37 years

“The most exciting stud horse ever sent to Australia”
– The Australian, 5 March 2017

“American Pharoah has done such a good job overseas and a lot of his winners are on turf…we like him and will be happy to buy more of them this year.”
– Wayne Hawkes, purchaser of the American Pharoah ex. Azumi colt for $750,000

“American Pharoah is obviously a horse that has come here with a big level of excitement on. We’re leaving with two, a colt and a filly, obviously we like them.”
– Garry Cuddy, Spendthrift, purchasers of the American Pharoah ex Tsaritsa colt for $600,000 and Vivi Veloce filly for $375,000