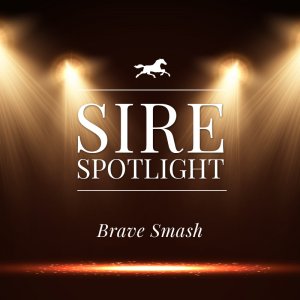 The Sunday Silence sireline is one of the most powerful in the world and with the continued success of Japanese-bred runners in Australia, the inclusion of dual Gr.1-winning sprinter Brave Smash (Jpn) as a member of Aquis’ stallion roster is an outstanding opportunity for breeders.

Purchased from Japan as a tried horse by Australian Bloodstock in 2017, Brave Smash arrived with the reputation of being a serious sprinter and quickly made his mark finishing third in the inaugural $10m The Everest behind Redzel and Vega Magic.

The fastest entire to win the Manikato Stakes, in a time quicker than outstanding sprinters Lankan Rupee, Chautauqua and Redoute’s Choice, Brave Smash is the fastest son from the Sunday Silence sireline to stand at stud in Australia.