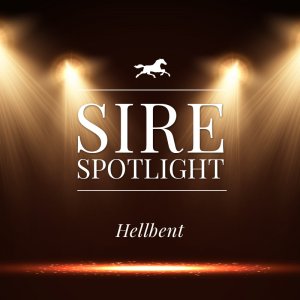 I Am Invincible x Volkaspray 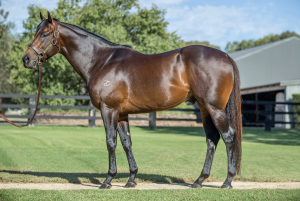 Four starts in Gr1’s never worse than fourth. He was very unlucky in 2017 William Reid & 2018 Oakleigh Plate. His form was impeccable in every G1 he contested. His recent win in the William Reid was unbelievable considering they slowed mid race and he had to come right around them. Craig Williams was astounded that he could finish so brilliantly considering the race didn’t really pan out for him.

Hellbent is a magnificent looking dark bay horse standing 16hh. His turn of foot is his greatest asset and his similarities to his father are uncanny. His pedigree is interesting as he has a double cross of Green Desert which has been very successful cross. We believe he perfectly fits the criteria we look for in choosing stallions, being an explosive sprinter by a top sire and having a tough colonial damline.

In-bred 3×3 to Green Desert, Hellbent is I Am Invincible’s fourth G1 winner and 29th Stakes winner and is out of Volksraad mare Volkaspray who is from the family of 1963 Golden Slipper winner Pago Pago.