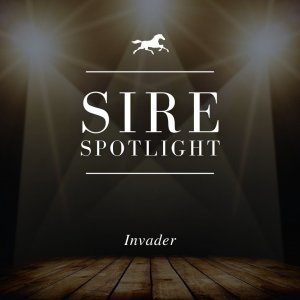 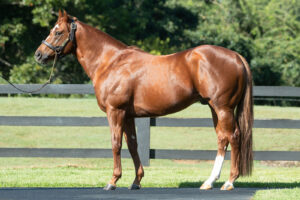 A Champion son of Champion Sire Snitzel, Invader’s victory in the Gr.1 Sires’ Produce Stakes during his juvenile season was nothing short of sensational.

Stepping up to 1400m for the first time, the colt settled five lengths behind the early leaders before bursting clear at the 50m mark to win by three-quarters of a length, becoming the only Gr.1-winning colt by his sire to claim an elite level score over a sprinting trip in Australia.

In what was one of the strongest fields in the history of the race, Invader defeated fellow Gr.1-winning Snitzel colt Summer Passage, with subsequent Champion 3YO and four-time Gr.1 winner Trapeze Artist, also by Snitzel, back in third. Previous winners of the race include Gr.1 stallions Pierro, Helmet, Manhattan Rain, Sebring, Viscount, Octagonal and Tierce.

Invader has the all-important Australian market requirements of precocity, speed and conformation and being by Snitzel and out of a black-type Encosta de Lago mare he is positioned to continue the legacy of Champion Sires Danehill, Redoute’s Choice and Snitzel before him and become the next sire-sensation in Australia.

Invader’s first two crops of yearlings have sold exceptionally well, selling up to $550,000. He was the Leading Australian First Season Sire at both Magic Millions January and Inglis Classic Yearling Sales in 2021. While at the 2022 sales he has sold up to $260,000.