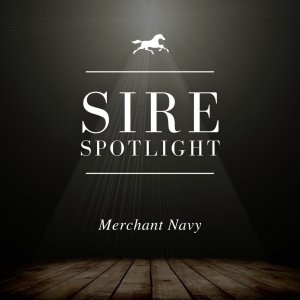 Unbeaten 2YO & dual Gr.1-winning 3YO sprinter by Fastnet Rock

Just like SNITZEL, he’s a Gr.1-winning sprinter, by a son of DANEHILL and out of a Stakes winner by SNIPPETS.

“The 1200m dash down the Flemington straight has long been considered a sire making race… Even better still for connections, Merchant Navy has the pedigree to match his talent for speed.” www.aushorse.com.au, November 6, 2017