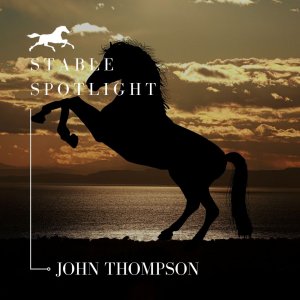 John Thompson is a fourth-generation racehorse trainer – and a successful one at that as evidenced by his Group One winners expertly executed under his care – so there was little chance of him seeking an alternative career.

The Randwick-based trainer oversees a capacity stable of 50 horses in work at Randwick in Sydney and more than holding his own against some of the giants of the industry. Thompson, the one-time trainer for mining magnate Nathan Tinkler’s Patinack Farm enterprise, has prepared eight Group 1 winners during his career including champion three-year-old Fastnet Rock filly First Seal. She won the 2014 ATC Flight Stakes, a Group 1 race in which she defeated Winx, who would later go on to prove herself to be one of Australia’s greatest ever racehorses, winning four Cox Plates and 33 races in succession.

“First Seal is the best horse we have had so far,” Thompson recalls.

“She got an injury as a four-year-old and that put her out of action for a good six months. She came back but she wasn’t the same after that.”

Thompson, who won the 2016 Group One The Metropolitan (2400m) with Sir John Hawkwood, learnt the intricacies of racehorse training from his father Vic, the one-time trainer of the Inghams’ Crown Lodge racing division, and the late, great Bart Cummings. He ran Cummings’ Leilani Lodge for Cummings at Randwick for eight years before branching out on his own. Thompson learnt the value of patience – as Bart famously quipped, it’s the cheapest thing in racing and the least used – but he also demonstrated his ability with young horses. In the season of 2011/2012 John was Australia’s leading two-year-old trainer.

He said: “I have won Group races over short distances, long distances and all in between. The stable was leading two-year-old stable before when we had enough horses to do it.”

Thompson, who has the support of a loyal and experienced staff, believes training at Randwick gives him an edge when racing on his home track. It is where every owner wants to be on the big days.

“Randwick is headquarters and almost all the big races in Sydney are at The Championships which is held at Randwick. It is a good home base to be at.”

Thompson attends all the major yearling sales in Australia and New Zealand and has well-credentialed horses available for existing and new clients wishing to become involved with a leading stable. 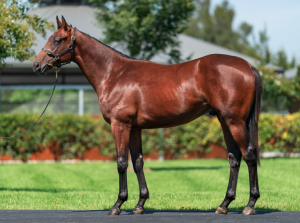 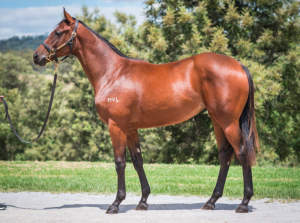