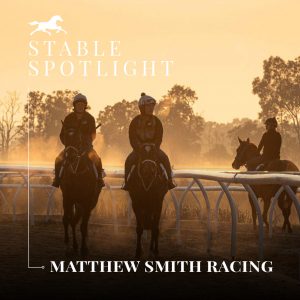 Matthew and Melissa Smith have worked tirelessly to prepare themselves for running a world class racing stable by learning from some of the most astute trainers from around the globe. Along with their meticulous approach to yearling selection in Australia every year, they are constantly on the lookout for tried horses from Europe that appeal to the Australian market. This method has worked well as there is the benefit of assessing form and an extensive veterinary examination prior to negotiating a deal. There is also a much quicker turnaround in terms of getting to the races which has proven very popular with our clients

Matthew C. Smith Racing enjoyed their best-ever season in 2019/20 with 60 winners and over $4,000,000 in prizemoney on the board, helped in no small part by stable star, Fierce Impact. Arriving at Warwick Farm in February 2018, he picked up the Group Three Summer Cup at Randwick on Boxing Day the same year. On only his third start in Group One company he gunned home to take the 1600m Toorak Handicap by nearly 2 lengths. On his next start he stayed on tenaciously to take out the Kennedy Cantala, again over 1600m. Back from a spell, his campaign (what would be his final) was carefully laid out by Matthew which started with a brave 3rd in the Group 1 Winx Stakes at Randwick. Next stop was Flemington to line up in the Makybe Diva Stakes, Fierce Impact duly obliged to record the third Group 1 win of his career. Fierce Impact retired to stud in March this year with the titles 2020 Champion Middle Distance Horse of the Year and NSW Miler of the Year to his name. He will stand at Leneva Park, Victoria for his first breeding season in 2021 and we are already looking forward to training his sons and daughters. 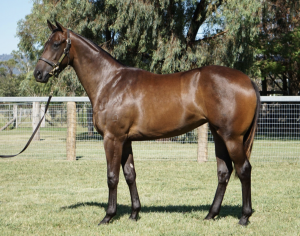 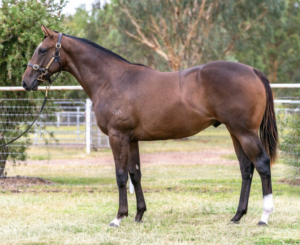