As we begin to get stuck into the pointy end of the 2yo old racing season, lets take a look at the first crop of Yearlings that were sold through Thoroughbred Sales last year…. 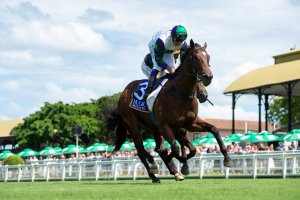 The first feature of the year for the 2yr olds is the Magic Millions on the Gold Coast. Alpine edge, who won his first two lead up races, made the final field in the race and started at $8. Finishing 2nd behind Shaqero, this horse is now nominated for the Golden Slipper and looks to have a big future ahead for the Edmonds camp.

He was viewed more then 458 times in the short period of time he was listed, with quite a few people enquiring that clearly had a good eye.

Sticking with the Magic Millions starter, Rambeau also made the final field on the feature day at the Gold Coast. Starting at $81, he still gave his owners one hell of a ride on his journey to the big race and looks to have some nice races to be won in the not to distant future.

Rambeau has won $38,000 in prize money from his short 4 start career. He is also nominated for some of the feature races to come this season.

He was viewed 392 times and was sold out in only a few weeks. 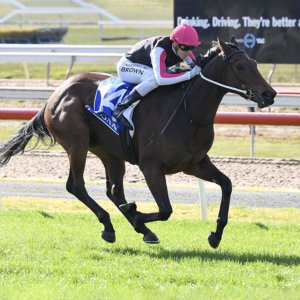 A horse that came to us at the later part of 2019 as a yearling by one of our first clients, Yes Baby Yes has emerged as a 3yr old that didn’t take long to show his talent. He recently made the trip up to the Gold Coast to run in the 3yr Old race after already notching up a Group 2 win on his previous prep.

He was quick to get snapped up only getting viewed 198 times, with a couple of lucky owners enquiring.

To get involved in the next lot of Champion Yearlings be sure to check out what we have available from over 80+ trainers and syndicators!