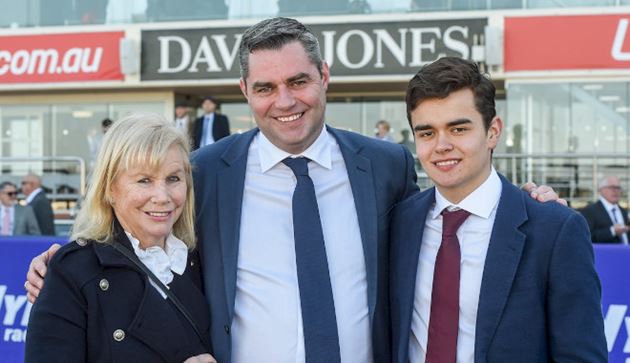 From the outset, Clinton McDonald was destined to be a champion horse trainer. With a pedigree reading as the great grandson of Fred Hoysted, grandson of Bon Hoysted and son of Ross McDonald, Clinton is one of the stars of a new breed of trainers stamping their authority on racecourses across the country.

Surrounded by horses for all of his life, he was riding his own ponies at two and representing Victoria in the Under 21 Polocrosse team by age 15.

In a similar vein to his father before him, he started breaking in horses and quickly built a formidable reputation as one of the best in the country. Such was his reputation that Lee Freedman and Fred Kersley both called on a young Clinton to assist in developing their champion horses, Don Eduardo and Northerly.

As a trainer in his own right, Clinton has enjoyed significant success, including three Group 1 events with the much loved Regal Roller, who now resides at Living Legends at Woodlands.

Clinton has also had great success with the brave sprinter Second Effort, who he prepared to win the ‘Newmarket of the Bush’, the Wangoom Handicap, in 2012 before stepping out again to beat a smart field in the Group 2 P B Lawrence Stakes later that year.

Like his father and grandfather before him, Clinton McDonald has also had success with jumpers, winning races such as the South Australian Grand National Steeple with Grizz as well as enjoying success at the iconic Warrnambool and Oakbank carnivals in recent years with horses such as Tigerrific. Up and coming hurdler performer Beliveau could just be another to watch.