Dedicated yet unassuming, David Pfieffer’s natural approach to horsemanship defies the current industry paradigm of powerhouse stables with incessant production lines of horseflesh at their disposal. Instead, he works closely with each horse with an eye for detail that keeps him in esteemed company within Sydney’s training ranks.

It’s a proven formula as his success of late proudly demonstrates the twenty plus years of experience with thoroughbreds he accumulated whilst working with the likes of Rod Craig, Joe Pride, Graeme Rogerson and following his close mentor and friend, the late Tony Wildman. 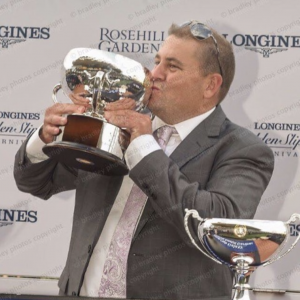 Working from the back of the horse to the front – from a 15yo stablehand to capable foreman, David now proudly calls forty boxes on Warwick Farm racecourse his own.

Applying for his trainer’s license in the midst of the 2007 Equine Influenza outbreak meant David had to be patient before he could begin his own establishment in December, but his patience was rewarded with one of Wildman’s horses called Enemy Dragline, who won at Wyong as David’s first runner.

It didn’t take long for David to produce a headline galloper with horses like Atmospherical, Graceful Anna, Gai’s Choice and Cradle Me coming through.

Graceful Anna dazzled the Queensland audience winning the $1 million Magic Millions 3yo Trophy to go with the impressive win in the Group 3 Vo Rogue Plate.

Gai’s Choice won the Group 3 Gai Waterhouse Classic and wasn’t far away in the Group 1 Tatts Tiara finishing a flashy 3rd. Gai’s Choice half-sister Atmospherical provided David with a breakthrough win in Melbourne during the famed Spring Carnival with a dominant display in the Listed Dilmah Tea Stakes on Oaks Day in 2014.

In the past few years, David has kept himself in the Top 20 trainers for NSW Metropolitan with a relatively small team and the 2017 – 18 season looks to be a record breaking season for the stable. 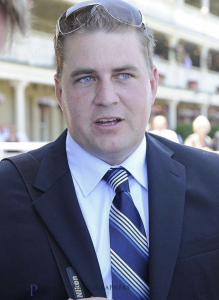 The stable then had the privilege of training a very special mare Cradle Me who scored the stable’s first Group 2 success in the Dane Ripper Stakes at Eagle Farm to add to her two listed victories and $600,000 plus prizemoney.

In more recent times David Pfieffer Racing continues to strengthen his team and the Autumn of 2018 saw the pride of Bell River Thoughbreds I Am Excited announce herself as one to watch winning 3 straight including the Listed Fireball and Darby Munro. She went on to place in the Group 2 Arrowfield before heading to Brisbane where she matched it with Group 1 Stradbroke winner Impending in the Group 2 Victory Stakes.

Denmagic also produced plenty of highlights placing in the Group 1 Myer Classic which was a fitting reward in a career that showcased consistency and a powerful finish. Every stable needs a good honest horse and the veteran Pelethronius has been versatile and is renowned for the 5 straight in the wet winter of 2017.

The future looks bright for the Warwick Farm based operation and when you walk into David Pfieffer’s barn happy horses will greet you ears pricked and ready to go. As patient as he is skilled, his philosophy reflects the respect he holds for his equine compatriots, ensuring he looks set to join the elite band of Australian training heavyweights with ease.