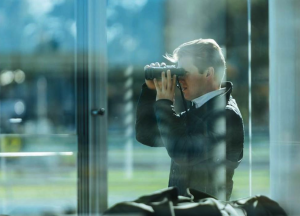 Edward Cummings has, since March of 2017, trained in partnership with his Father Anthony, achieving success quickly with a talented mare called Top Of My List. The father and son partnership trained her to win the Group 3 JRA Plate (2000m) at Randwick on the last day of the Autumn Carnival, after which she backed up a win in the Listed ATC Winter Cup, again over 2000m. Just prior to Edward establishing himself as a trainer in his own right, the partnership experienced a great run of success with a promising young Miler in Sky Boy, bred by the late, great Dato Tan Chin Nam. His success in the Group 2 Villiers Stakes was the high-water mark for the partnership and provided a fitting closure to what was without doubt a successful two-year period. Edward’s ambition to carve out his own imprint as a trainer fuelled the decision to head out on his own and he plans to start with a small team of horses in the provincial setting of Hawkesbury Race Course. His Grandfather, Bart had a very good eye for the future and invested heavily in the Hawkesbury area, purchasing Princes Farm in Castlereagh in the late 1980’s and was it’s custodian until his passing in 2015. Edward’s philosophy on training mirrors that of his Grand Father, Father and Brother but ultimately sees the opportunity in using provincial training facilities to provide a better environment for his horses and better value for his client base. The Hawkesbury region is a growing one and the race-course management – led by Greg Rudolph as Chief Executive Officer – are determined to create an even better training facility that will become the equal of any metropolitan precinct in Australia. Investment in training tracks, stables, pools and other amenities has spurred Edward to make the move and continue his family’s proud tradition.

Edward Cummings is a fifth generation Horse Trainer, preceded by his father Anthony, Grandfather Bart, Great-Grandfather Jim and his Great-Great Uncle James who famously won the 1910 Alice Springs Cup with a little mare called Myrtle, after whom our company is named. The legend goes that James Cummings, a much loved member of the Alice Springs community during the early days of federation, offered to his nephew Jim the opportunity to claim ownership of Myrtle on one proviso – that he rode her to victory in the Alice Springs Cup that year. Needless to say, Jim won the race and took Myrtle down to Adelaide where he settled for the rest of his life, building a stable that would claim the 1950 Melbourne Cup with a future Hall of Famer by the name of Comic Court. His son, James Bartholomew (Bart), one of three children, eventually took up his father’s business and embarked on a career that would eventually see him train a total of 270 Group 1 winners and a record 12 Melbourne Cups – in turn becoming The Cups King. His son, Anthony – Edward’s father – was all but destined to follow in his fathers footsteps and has trained a total of 25 Group 1 winners and is widely regarded as one of the keenest and most successful students of pedigree and type in the country. Edward, along with his brother James – now head trainer for His Highness Sheik Mohammad Bin Rashid Al Maktoum and his Godolphin base here in Australia and successful in 11 Group 1 races already– have continued the proud tradition set out by their forebears and Edward, having trained in partnership with his father Anthony, now trains under his own name. Having learnt from Racing’s best tutors, Edward is ready to embark on his own journey and the future looks bright.

Edward was asked in 2018 to become an ambassador for Spinal Cure Australia by it’s CEO Duncan Wallace. The connection was made after Edward and Duncan met at the races and later at Leilani Lodge where Edward invited Duncan to take a tour of the stable where so many famous horses had lived. Edward has always had an inclination towards social justice and when Duncan offered him the role as ambassador he was incredibly humbled, but very serious about its responsibility. The connection between what Spinal Cure Australia does and the risks that working in a stable, particularly for track riders and Jockeys, creates was an obvious one. The awareness of Spinal Cord Injury in the industry is great, but the awareness of a charity based on finding a cure for people suffering from Spinal Cord injuries was not. Edward is very proud to lend his name to Spinal Cure Australia to help create further awareness of their search and lobby for further funding. If you would like to join Edward in this search for a cure, please visit www.spinalcure.org.au