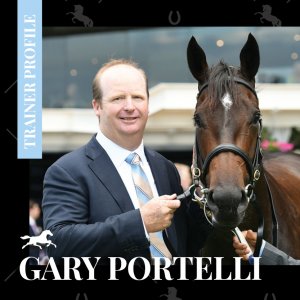 Racing has been in Gary’s blood from the very beginning. His passion for thoroughbred racing was only natural with his mother, Morveen holding her own training license in the 1980’s while his Grandfather rode as a jockey.

During the 80’s, the Portelli family relocated from their rural New South Wales base at Orange to the city racing scene of Sydney.

Gary and his brother Troy, who began riding at a young age, became “mum’s” trackwork riders and breakers in the early stages before Gary took up training under his own name in 1990. 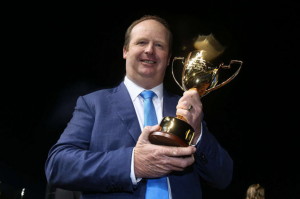 When the chance arose for Gary to set up his own operation at Warwick Farm Racecourse, Gary jumped at the opportunity and was able to take a great deal of experience from working alongside the likes of established trainers John Hawkes, Guy Walter and Clarry Conners. 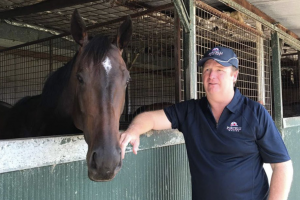 From there the Portelli name has established its spot as one of the top training operations within NSW. The yard is considered a boutique training stable being limited in size but not quality.

His first major success came when staying filly Rena’s Lady who won the Group 3 Adrian Knox before taking out the AJC Oaks in 2007.

This was followed by sprinter Gold Trail, travelling to New Zealand to win the Group 1 Railway Handicap in 2010 before Gary took the gelding on the trip of a lifetime to Royal Ascot, albeit for an unplaced run in the King’s Stand.

The two standout highlight horses of his career so far though would have to be stable war horse Rebel Dane who won dual Group 1’s in the Sir Rupert Clarke Stakes and Manikato Stakes before a trip to Hong Kong for the International Sprint and of course, She Will Reign who was crowned champion two-year-old after winning four of her 5 juvenile starts, culminating in a stunning two plus length victory in the Group 1 Golden Slipper before taking out the Group 1 Moir Stakes and Inglis Sprint as a three-year-old bring her prize-money total to $3.2million. 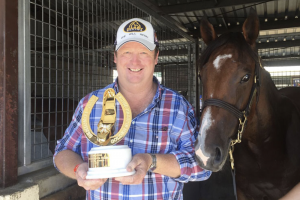 Gary takes pride in providing owners with regular and comprehensive horse progress reports throughout their training. Video reports comprise an important component of the stable’s communications which is vital for interstate and international clients to experience the best quality correspondence from wherever they are.

I am a great believer in a team environment as far as my stable staff is concerned. “It may be my name printed as trainer but it is having a great team of staff that help get the best out of each and every horse”