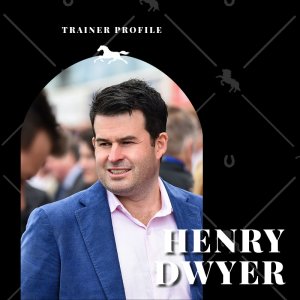 Henry’s passion for the Thoroughbred Industry was evident from a very young age and has only strengthened in recent years to bring him to where he stands now: the privileged position of being able to do a job he loves, every day of the week.

Henry’s long term goal is to establish a viable and sustainable business through providing an enjoyable racing experience to like-minded individuals. Henry places great weight on the principles of honesty, integrity and transparency in all business and personal dealings and believes his strong work ethic and single-minded dedication to succeed will see him do just that.

After completing his secondary education at Xavier College, Henry commenced a Bachelor of Commerce/Arts degree at The University of Melbourne. Whilst living on campus at Newman College Henry identified that an ideal part-time job and much needed source of income would be working in the stables at Flemington of a morning before classes, and thus commenced a lifelong love affair with the horse as an animal as opposed to a name in the form guide or photo on the wall.

A young Henry began to show a surprising aptitude for working with horses and while mucking out boxes and strapping horses at Flemington for Russell Cameron and Dan O’Sullivan the seed was firmly sewn that this could possibly prove more than a part-time job or hobby.

Upon graduating from The University of Melbourne Henry moved to Euroa in north-eastern Victoria and spent a year at Ealing Park, learning about where the journey begins for a racehorse. At an age when most kids are doing their best to escape country towns for the bright city lights, Henry found himself enamoured with the rural lifestyle and at home amongst the horses.

In order to formalise what he had learned during his early years at Flemington and Euroa, Henry completed an Advanced Diploma in Horse Business Management at Marcus Oldham College in Geelong, graduating at a High Distinction level.

Upon returning to Melbourne Henry was approached by Robert Smerdon to be his foreman and later Assistant Trainer at Caulfield, a post he held for four years. Whilst working under Robert, he had the pleasure and responsibility of looking after horses the calibre of Mosheen, Lone Rock and Tinamou as well as champion jumpers Some Are Bent and Black And Bent.

At the end of 2011 Henry accepted an offer to become Assistant Trainer at Macedon Lodge. Here he was exposed to a more European style of training horses and was fortunate to be involved in Green Moon’s 2012 Melbourne Cup victory. This experience at Macedon Lodge whetted the appetite for an overseas jaunt in 2013 and took in Dubai, Newmarket, Chantilly, The Curragh, Ballydoyle and Hong Kong. Henry had the opportunity to spend time with John Oxx (The Curragh, Ireland) and Criquette Head (Chantilly, France), as well as visit numerous other studs, stables and racecourses throughout the course of his travels.

Having returned to Australia in mid-2013 Henry has within a short space of time well and truly broken into the competitive Victorian training market from his base in Caulfield and more recently with the move to Ballarat and the acquisition of a beach property at St Leonards.

He has enjoyed enviable early success, often with cast-offs from other major stables – most notably winning the G1 Queensland Derby with Sonntag and the G1 Sangster Stakes with Precious Gem.