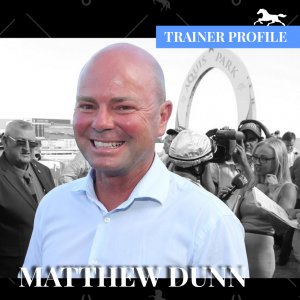 “I rode for about six years before I started training. I guess the training aspect was much a natural progression from a too heavy jockey to a race horse trainer.

“I rode in Sydney for a short time, mostly the mid-north coast. I was limited in ability a rider, and rising weight made opportunities less and less frequent as time went on. At that time I had no real intention to train ever.

“When I finished riding I looked for a few other things to do. I went back to school and did my HSC to try to maybe go to Uni, but racing was in my blood and hard to walk away from.

“I got a acquired of horses and started training. I was only about twenty then and got my stable numbers up to about ten or in Port Macquarie. Being a young trainer in the country is extremely difficult financially and i was finding it hard to make ends meet so i decided to pull the plug and go to work for my father. He had an earth-moving business in Sydney. I worked for him for a couple of years and then decided it was time to try training again and I came up to the Gold Coast.

“I trained there for probably about five years and then Gerald Ryan asked me to go and run his Sydney stable … his main stable was up here at the time. 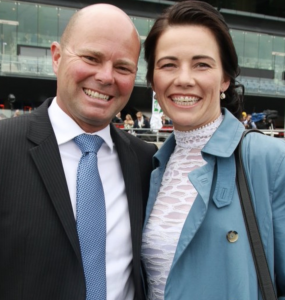 The way things were structured down there, I was quite heavily involved in the management of all aspects of the stable the way horses were placed and yearling purchases. It was absolutely priceless getting that sort of experience. It was exactly the type of education I was looking for.

“You go from ten horses … to fifteen … to where do I go from here? Whereas, if you can walk into a stable where you are training between sixty and seventy horses every day of the week, it becomes a very valuable experience. And then you also have the benefit of exposure to better horses and better clients. You cannot put a value on the contacts you make where you are in that position. 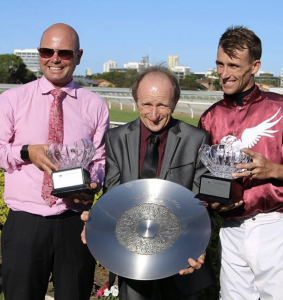 “Everybody has their own idea on how horses should be trained or worked, which is a good thing otherwise it would all be too mechanical. Gerald is a very good trainer. He has been around a long time and he’s had a large number of good winners and good horses, so it turned out to be a pretty important part of my career.

“On the one hand you know consciously that you are learning on certain days. At other times you think, as time goes on, that you are just through the motions everyday of getting the job done … but you don’t really realize how much knowledge you are picking up.

“I think training is something you either do one hundred and fifty percent … or forget it. You know, you can either have a really good go at it or you can just stand and watch. Most people who take that latter option and fail.

“Any business … it all begins with hard work. Beyond that, it’s all a test of character. You know adversity will come your way in one form or another … a quality horse will break down, the weather will test your patience often.

“It’s a tough game, but in saying that, it’s a pretty good life if you can survive. It’s a unique business. You either love it or hate it I suppose. It is difficult game to get out of once you have been in it for a while though. Then you are probably in it for life.

“You see even sometimes high profile people walk away and say they’ve had enough. Then next time you look they are back.

“The stable developed to the stage where we were running fourth in fifth in the premiership in Sydney. It was really successful and we had some really good horses come through … and financially it was good too. I was pretty well looked after when I was doing that.

“That then flowed on to what we set up here together. When we came to Murwillumbah, it was considered a strange choice of location in many people’s minds.

“Originally we planned to keep the numbers at Murwillumbah to about ten … and just have something that was as far different as the Sydney stable as we could possibly have. We could have gone to the Gold Coast or Eagle Farm but then we would have just have been duplicating what we already doing.

“I wanted to do something different. Gerald had no need for a satellite stable, basically ran with the idea due to the fact he was a close friend and wanted to reward the effort i had put into the Sydney stable right through the eight years i spent there.