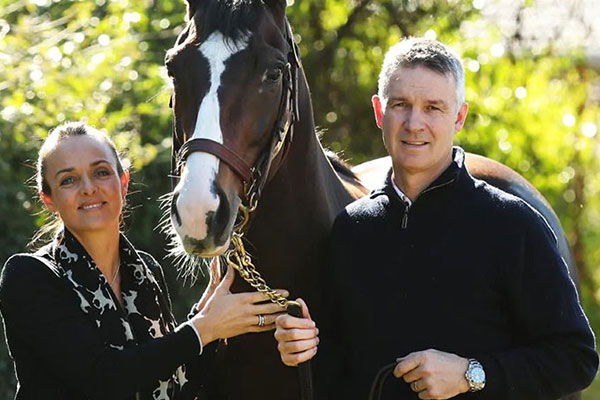 Matthew paid his way to Ireland to work with trainers in England and Ireland before taking up an opportunity to work with Aidan O’Brien at what was an integral juncture in the Irishman’s career. Matthew followed Aidan as he progressed from being the country’s leading jumps trainer to reigniting Ireland’s most famous stable, Ballydoyle.

Initially a track rider, Matthew quickly progressed through the ranks to become Aidan’s Assistant Trainer, working alongside his quietly spoken mentor for two and a half years as Ballydoyle emerged as the world’s premier racing stable. 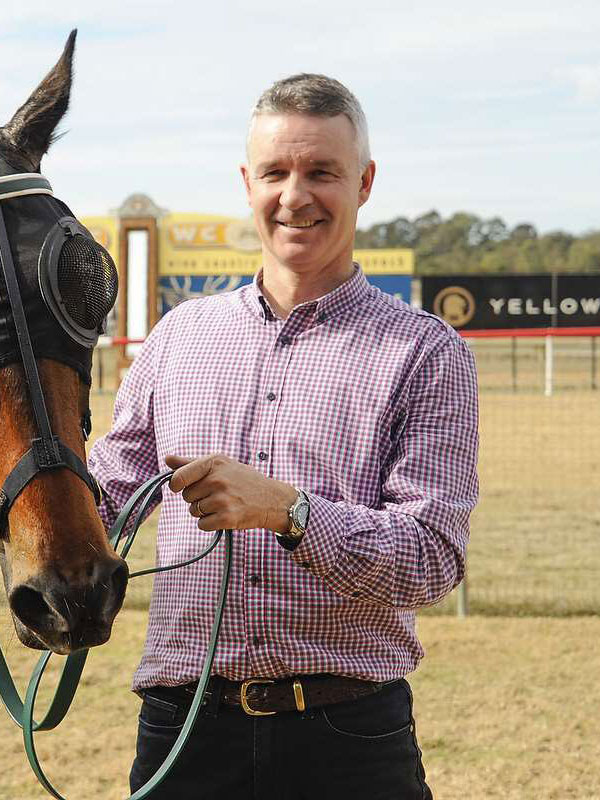 The opportunity to learn a new style of racehorse preparation in the United States proved tempting and Matthew elected to continue his education as Assistant Trainer for Niall O’Callaghan. With O’Callaghan constantly moving between stables in different states Matthew was left to manage a string of 30 horses and staff and revelled in the challenge. Hard work bore results and horses under Matthew’s care competed at the showpiece Breeders’ Cup meeting.

Before Matthew’s two years in America had come to a close he was offered the post as the Stable Foreman for Australia’s Hall of Fame trainer, Bart Cummings. For almost five years Matthew worked alongside Bart as a Melbourne Cup, Australian Cup, Doncaster Handicap and a string of other Group One events were plundered.

With almost a decade of international and local experience behind him Matthew decided the time was right to open his own training establishment.

Matthew and Melissa Smith have worked tirelessly to prepare themselves for running a world class racing stable by learning from some of the most astute trainers from around the globe. Along with their meticulous approach to yearling selection in Australia every year, they are constantly on the lookout for tried horses from Europe that appeal to the Australian market. This method has worked well as there is the benefit of assessing form and an extensive veterinary examination prior to negotiating a deal. There is also a much quicker turnaround in terms of getting to the races which has proven very popular with our clients.

Matthew C. Smith Racing enjoyed their best-ever season in 2019/20 with 60 winners and over $4,000,000 in prizemoney on the board, helped in no small part by stable star, Fierce Impact. Arriving at Warwick Farm in February 2018, he picked up the Group Three Summer Cup at Randwick on Boxing Day the same year. On only his third start in Group One company he gunned home to take the 1600m Toorak Handicap by nearly 2 lengths. On his next start he stayed on tenaciously to take out the Kennedy Cantala, again over 1600m. Back from a spell, his campaign (what would be his final) was carefully laid out by Matthew which started with a brave 3rd in the Group 1 Winx Stakes at Randwick. Next stop was Flemington to line up in the Makybe Diva Stakes, Fierce Impact duly obliged to record the third Group 1 win of his career. Fierce Impact retired to stud in March this year with the titles 2020 Champion Middle Distance Horse of the Year and NSW Miler of the Year to his name. He will stand at Leneva Park, Victoria for his first breeding season in 2021 and we are already looking forward to training his sons and daughters.

Matthew and Melissa ensured that Matthew C. Smith Racing Stable made an immediate impact in the racing game back in 2011, with Group One-winning Dane Shadow mare Hurtle Myrtle, a winner of not only the Group One Myer Classic, but the Group Two Sapphire Stakes and the Group Two Dane Ripper. 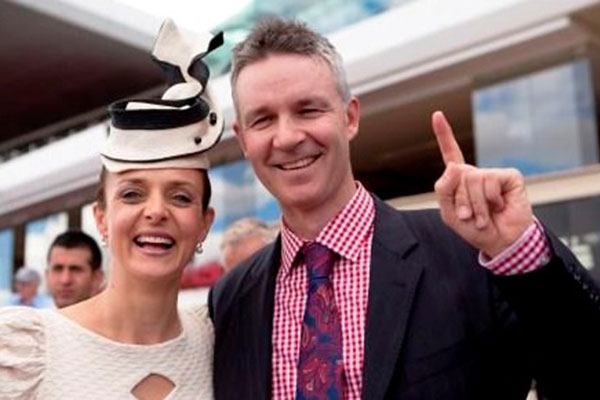 Purchased for only $55,000 as a yearling, Hurtle Myrtle went on to earn just shy of $800,000 for her connections on the race track, before being sold for $1million as a broodmare prospect to leading Hunter Valley farm Segenhoe Stud. She has since excelled in her broodmare career by producing a Group Three winning 2yo in the shape of Holyfield.

Others to highlight include the Flying Spur colt Krupt, who won the Group Two Todman Stakes and was a leading fancy for the Group One Golden Slipper of his year before an injury ruled him out on morning of the world’s richest two-year-old race. Krupt is in fact the sire of one of the three prospects in this racing partnership.

Combat Kitty was purchased at the Magic Millions sale by Matthew and Melissa for $150,000. With a win on debut by eight lengths at Kembla Grange she secured a start in the rich Magic Millions Two Year Old race running a fast finishing second to Kurata Queen and earning her connections $300,000. She then went onto the Melbourne Spring Carnival and was impressive winning at Listed level.

From 18 career starts with a previous trainer, Al Maher mare Cabernet was not fortunate enough to win at stakes level, but after five runs for the Matthew C. Smith Racing Stable, the mare has not finished further back than fifth in five stakes races, including victory in the Listed Summoned Stakes during the Melbourne Spring Carnival, as well as a second at Group Three level and a fourth in the Group Two Villiers Stakes.