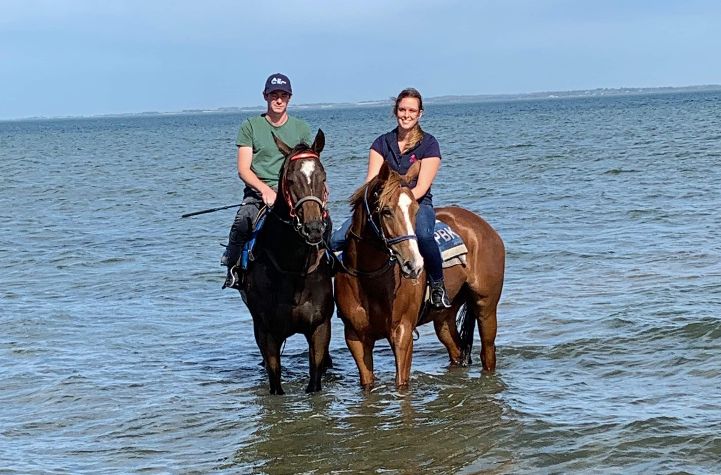 Young Cranbourne-based horseman Patrick Keane was forced into the training game after injury cut short his riding career but he is not looking back and is now focused on making his mark in the competitive segment of the racing industry.

Keane had his first race ride in 2008 and retired in 2016 when a bad fall at Sandown ruled him out of race riding permanently and there was only really one direction to turn once his fate was sealed by doctors.

The jockey-turned-trainer grew up around horses, with his father John a hobby trainer at Cranbourne, leading Keane to follow in his footsteps but now he has a goal of doing it on a bigger scale.

“After my last fall at Sandown (the doctors) wouldn’t let me ride again,” he said.

The setback, however, does not prevent Keane from riding his own horses in trackwork, a task he sees as pivotal to his fledgling career as a trainer. Keane has a number of young horses under his care as he goes about building his business and expanding his client base. 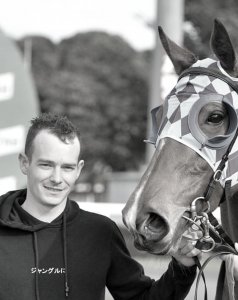 Now in his mid-20s, Keane plans to have a stable of 20 horses in work at any one time, a number he sees as being manageable and allows him to place them to advantage while remaining hands-on during their campaigns.

Based on a property at Devon Meadows, Keane also utilises the state-of-art facilities at the Cranbourne Training Centre to gallop and exercise his horses each day.

“We have 20 brand-new stables, 26 day yards and bigger spelling paddocks as well as access to a walking machine and round yards allowing us to break-in horses at our private property,” Keane said.

“And the facilities we have at Cranbourne, you aren’t going to get any better than there is there. We have hill tracks, deep sand tracks, medium sand tracks, firm sand tracks and all-weather tracks.

“We also have three grass tracks with another one being built at the moment at Cranbourne.”

Keane also uses a property at Nyora, near Cranbourne, which has trail tracks to break up the day-to-day training techniques to keep horses happy and healthy.

“We also use the beach at Corinella. With the two-year-olds I don’t tend to take to Nyora for the trail tracks but for the older horses it is really good for them,” he said.

Training out of Cranbourne, which is set to become one of three main Victorian training hubs once Caulfield is closed, also provides Keane with the opportunity to place his horses to advantage with so many race meetings in close proximity to home.

“I am prepared to travel but we are in the perfect spot to go to the most suitable races for our horses. Most of them are within half an hour to an hour from home,” he said,

“My aim is to focus on quality and we aren’t going to keep anything that we don’t think can be a minimum of Benchmark 64 class. But in saying that I am prepared to take them to where I can win.”

Keane is also supported by his wife Jessica who is also an experienced racing industry professional, working as foreman for Cranbourne trainer Mick Kent for seven years.

“Mick Kent is very scientific, so she has that background, whereas I have got it from riding trackwork and races all my life, so it is a good mix,” he said.

Keane was apprenticed to Doug Harrison at Cranbourne as well as Gary and Kelly Doughty at the Gold Coast. He rode with success in Sydney, Adelaide and Tasmania as well as Queensland.