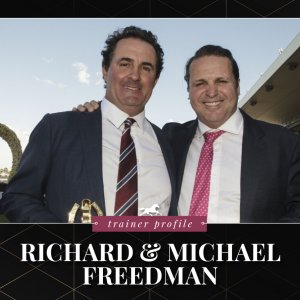 Michael Freedman commenced his career in 1988, joining his three older brothers – Australian Racing Hall of Famer Lee, Anthony and Richard – in their training business in Melbourne.

During their 20-year training partnership, the Freedman stable was one of Australia’s most prominent preparing over 100 Group 1 winners, including the Melbourne Cup on five occasions, as well as four consecutive Golden Slipper winners. 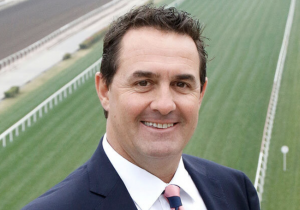 In 2008, Michael branched out to train in his own right when he was granted a licence to train in Singapore. Winning 468 races at a strike rate of 15%, his best galloper during that period was the two-time Singapore Horse of the Year – Super Easy.

It was that horse who provided the Freedman with his first Hong Kong success in the Group 2 Jockey Club Sprint and Group 1 LONGINES Hong Kong Sprint in 2012. 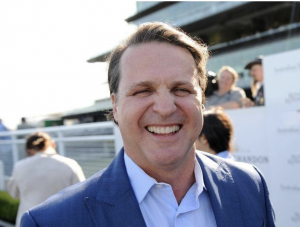 Richard’s history as a trainer stretches back to the ‘70s when he trained his first winner at Canberra at age 18 years old – at the time believed to be the youngest ever professional trainer to train a winner in Australian Racing history.

Richard joined his brothers Lee, Anthony and Michael Freedman in the early ‘80s. In addition to multiple Melbourne Cup and Golden Slipper successes, together they trained winners of the Caulfield Cup (4) and Cox Plate (2). Richard had a particular association with the great Naturalism, taking him to Japan twice including when running second in the 1992 Japan Cup.

Richard took a break from training in the early 2000s to pursue a career in broadcast, and after 15 successful years covering racing and professional sport, Richard returned to the training ranks in 2017.

Richard now oversees the Rosehill stables of Freedman Brothers and looks forward to a bright future as a force in Sydney Racing.