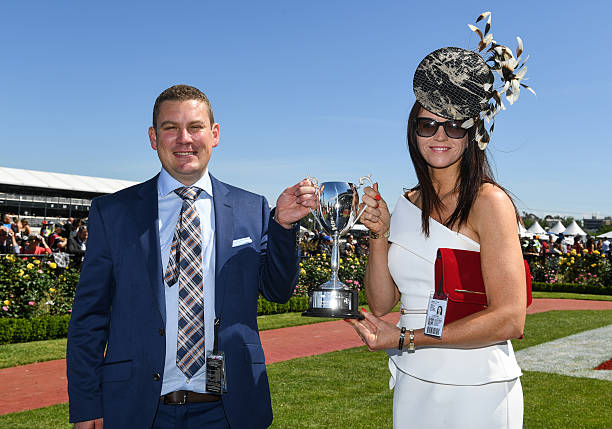 Trent Busuttin and Natalie Young were destined to be partners – both in life and in racing.

As fate would have it, the New Zealanders would actually cross paths in Singapore as teenagers. Trent, 17 at the time, had followed his father Paddy across the waters to enjoy a six-month stint alongside the leading trainer before going to university.

“I grew up tagging along to the races with him, loved it from a young age and followed it through, working in the stables in the school holidays and weekends,” Trent said. But the lifestyle – and a chance meeting with a track rider named Natalie – saw him spend a lot longer in Singapore than first planned.

Natalie started riding ponies in New Zealand at five. Her mother Corinna was an owner-trainer, while her father Graeme was a farrier.

At 14, she switched over from the ponies to the horses and started riding trackwork in Matamata. But by the time she reached adult life, Natalie was working 60 hours a week. When the opportunity to move to Singapore opened up, she grabbed it with both hands, juggling track riding with some race day photography on the side. 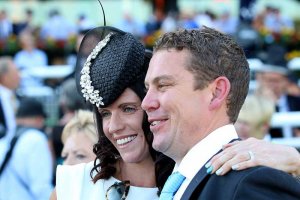 Six months in, she met Trent.

“I saw him walking past one day and thought he looked a bit all right,” Natalie laughed. “I haven’t been able to get rid of him ever since.”

The pair spent 10 years together in Singapore, with Trent and Paddy saddling up outstanding gallopers The Mighty Finn, Firehouse, and Bocelli, who won an incredible eight races in a row and was named Singapore Horse Of The Year in 2001.

In about 2007, Trent and Natalie decided to return to New Zealand, where they took out their trainers’ licences and purchased a property opposite the Cambridge Jockey Club training centre. But it was a horse named Sangster that really kicked off their career.

Busuttin and Young prepared him up for a ready to run sale before buying him for $19,000. Eighteen months later, the son of Savabeel would claim the 2011 VRC Derby.

“He obviously won the Victorian Derby, but he was a top horse,” Trent said.

“He was very unlucky in the Spring Champion Stakes (running third) and then he went on as an older horse, winning the Group 1 Auckland Cup and a 2000m Group 1 in NZ.

“He also ran third in The BMW, but he was the horse that got us started and got us out there. You need that one good horse to kick you off and he was that horse for us.”

It was then that the trainers, now in their 30s, decided a move to Melbourne made sense. So midway through 2016 – shortly after Tavago claimed for them the Australian Derby in devastating fashion – they made the move, setting up base at Cranbourne with a plane load of 12 horses that will eventually grow to 70 in work and 25 in pre-training.

“I’d like to get rid of it; certainly whatever races you can win, you’ll win – if we’re winning derbies we’re happy with that,” he said.

“But we want to get out there and get some nice fillies and two-year-olds. We’re aware of that and we’ve been buying up at the Magic Millions and other sales, trying to find that sort of horse.” “We don’t want to be labelled as staying trainers,” Natalie added.

“We’ve purely been that because we’ve worked with New Zealand-bred horses and they’re better stayers.

“Now that we’re based in Australia and we’re getting to the Australian sales, we’re actually targeting some of these sprinting sires. Hopefully in 2019 we’ve got a runner in the Blue Diamond.”