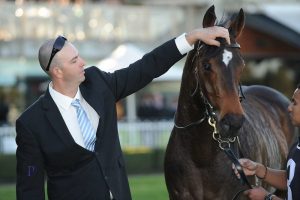 Jason Coyle is a hands-on trainer who has already had an incredible success rate with horses under his care. He has experienced success at the highest level training multiple Group 1 winners and an ever growing list of stakes winners.

Jason’s philosophy is simple – His aim is to produce the very best result for every horse under his care. It’s his easy going, unflappable nature combined with a well trained eye for detail and likeable personality which will allow him to continue on a rapid rise to the top.

He exhibits a hunger and passion for everything to do with training thoroughbreds and has an ongoing commitment to strive for success – great qualities that benefit his owners. He is proven at being very successful with young horses, while also having the patience and skill to continue winning races with seasoned gallopers of all class levels.

Like many successful trainers before him, Jason spent many of his early years working with some of the very best trainers including being foreman for Gai Waterhouse and David Payne, and working with John Size and John O’Shea. He decided to spend a few years working with each of them learning and honing his horsemanship skills. He has enjoyed the challenges of working in both small and large stables of horses.

He moved from humble training beginnings at Newcastle, to controlling the large Patinack operation at Warwick Farm which resulted in some incredible success. He soon realised that controlling such a large team denied his true passion of being a ‘hands-on’ trainer and decided to transfer to Randwick and rationalize his team back to 25. In 2013 Jason has returned to the semi rural surrounds of Warwick Farm knowing how well his stable will do in this environment, increasing to a team of 45 allowing more horses the opportunity to be trained under his care while still allowing him to devote all his energies to the success of the horses in his care.

Jason Coyle has already achieved success at the highest level, having won two Group 1’s and multiple stakes races. He and his team are dedicated to providing his clients with the very best service and communication when looking after their valuable horses. 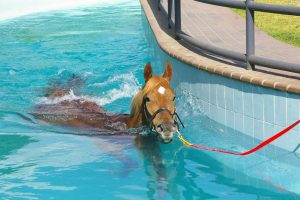 The stable is ideally located close to everything this semi rural facility has to offer, and provides Jason with the freedom to structure a training program for the individual horse. The facilities include: